Teacher Motivation (German abbreviation LeMo) – This project investigates the conditions and effects of teacher motivation: The research project addresses the conditions and effects of both pupils and teachers. Moreover, the correlation of the qualities of the professional motivation of teachers and lesson planning as well as the learning motivation of pupils is explored. Standardised survey instruments have been continuously deployed since 2006, in order to question several thousand pupils and their teachers. 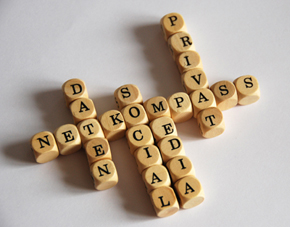 Resilience and its many facets. A content validation study of the resilience construct on the basis of the psychosociogenetic approach and the content-structure-scaling-procedure (CSS)

Since it was first described by Emmy Werner (Werner & Smith, 2982), resilience has become a catchphrase, both in the sphere of research and in psychotherapeutic and economic consultancy. It was originally used to refer to a type of psychological power of resistance. Observing street children on Kauai, Emmy Werner noticed that some of them were able to lead successful lives as adults, despite experiencing difficult and debilitating personal circumstances.

After the initial notion that ascribed strong innate facets to resilience, the idea subsequently shifted to develop along the lines of the trainability of resilience, in the sense of a deliberate expansion of resources and personal strengths (e.g. Welter-Enderlin & Hildenbrand, 2010). In recent times, resilience training courses are actively advertised, targeting individuals and entire organisations alike, such as courses and training events focusing on resilience, for instance for managers (http://resilienz-ausbildung.de, http://www.fff-online.com/themenuebersicht/general-management/seminar/resilienz-training.html?tid=15647), for resilience for the job (Buchacher, Kölblinger, Roth & Wimmer, 2015), but also for persons working in caring professions (Thomet & Richter, 2012).

What seems clear in all this is that the term resilience very quickly acquired various meanings (e.g. innate power of resistance, personal resources, availability of personal resources, other people as resilience factors, coaching) and that very similar constructs were not brought face to face with resilience in terms of meaning (e.g. salutogenesis, autopoiesis, power of resistance, self-efficacy). What is certain is that various schools of psychology studied, described and investigated phenomena similar to resilience as observed by Emmy Werner, but that they labelled these differently, and, most significantly, did not relate them to each other.

All these different approaches did not contradict each other, or did so only partially, while in part they complemented and overlapped each other in their significance. Consequently, resilience research offers the opportunity to observe the problem of déjà variables (Hagger, 2014). What this describes is the circumstance, which frequently occurs in research, where one and the same phenomenon is described using differing terms, or where differing phenomena are described using one and the same term. Déjà variables present a thorny problem for researchers, as they can considerably and erratically restrict the replicability of studies, often rendering the outcome unsuitable for use in psychological practice due to inaccuracy. This is precisely the point the planned study will focus on.

Research questions include:
Which learning environment conditions motivate learners?
What demotivates pupils, students or teachers?
How is the teachers’ motivation to work linked to the pupils’ motivation to learn?

Why are certain learners more successful at remaining motivated and interested in the long term?
What influence does personality exert upon the learning motivation and the perception of learning environments?
Which cultural differences can be identified?

Two conceptually closely related theories form the basis of the research area:
The Self-Determination Theory (SDT) (Deci & Ryan, 2002) and the pedagogical-psychological Interest Theory (Krapp, 1992). It is assumed that, amongst others, the satisfaction of the basic psychological need for autonomy, skills, and social inclusion promotes self-determined learning motivation and thematic interest in the long term. Scholars also study the extent to which aspects of a constructivist teaching-learning philosophy are interlinked with (self-determined) motivation and interest. Additionally, on the level of the individual, personality traits and attitudes relevant to learning are collected and analysed in the context of the perception of the learning environment, as well as the motivation and the interest.

Student learning at university, learning in school instruction, conditions and impacts of the teachers’ motivation to work.

An instrument used to record the motivational regulation amongst pupils was revised for German-speaking countries. The questionnaire is an adapted and extended version of the “Academic Self-Regulation Questionnaire” (SRQ-A) following Ryan & Connell (1989). Test-statistical parameters as well as preliminary studies on the validity indicate the good applicability of the instrument for instructional research and practice. A revised version of the questionnaire has been available since 2011.

Furthermore, a questionnaire was developed, which comprises the perceived support of the three basic needs as well as the scales for structure and “giving a rational” in classroom instruction.
Additional questionnaires addressing the (learning) motivation and the determination of conditions relevant to motivation (e.g. teacher and student questionnaires) are available from the authors: Florian.Mueller [ÄT] aau.at

You find more projects of Barbara Hanfstingl in the Research database.